All Aboard the Fort Collins Municipal Railway!

After seeing a call for volunteers in the Coloradoan, Calvin and I are now conductors-in-training for the Fort Collins Municipal Railway! We had our first session yesterday and toured the trolley barn on N. Howes Street. I’ve shared a few photos below!

Streetcars originally ran in Fort Collins from 1907 until 1951. Five streetcars served the city over these years. The first run of restored Car 21 was in 1984, and this is the car that still runs today. The FCMR Society is in the process of restoring a “second Car 25.” (Who needs unique fleet numbers??) I’m looking forward to learning more of the history of the trolley and giddy for the opportunity to share the intrigue of a historical mode of transit with the families of Fort Collins this summer!

The trolley runs on weekends and holidays May through September. Visit fortcollinstrolley.org for more information! 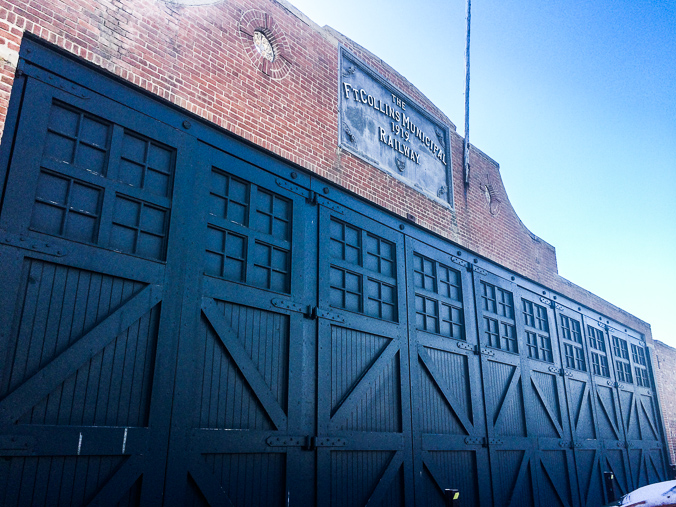 The Fort Collins Municipal Railway barn on N. Howes Street. It was built in roughly ten years before the date listed on its sign of 1919. Not sure of the reason for the misdirection! 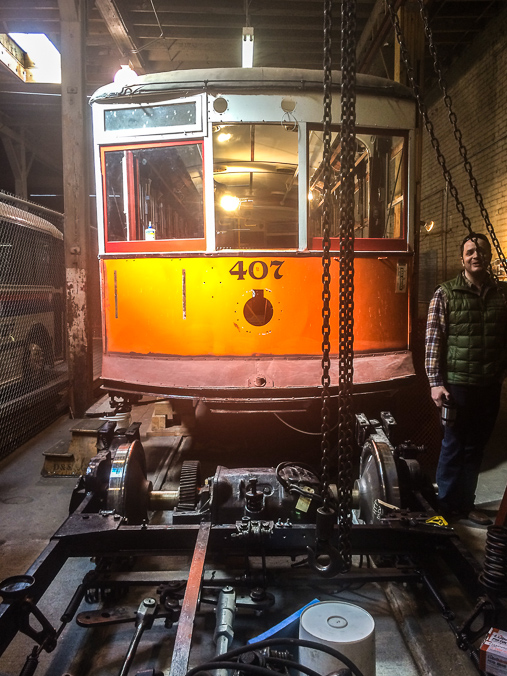 The body of Car 25 in restoration in the trolley barn. The "truck" or undercarriage is pictured in the foreground. Its current restoration as Charleston Car 407 was done by the SCANA Corporation of South Carolina. It was purchased by the Fort Collins Municipal Railway society in 2007. 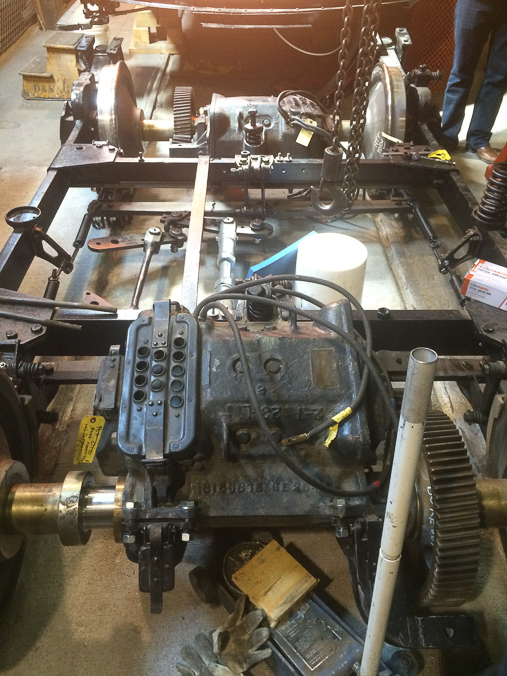 A closer view of the truck of Car 25. In the foreground and background center are the two motors that power the wheels. The short wheel base was common among Birney cars such as this one. 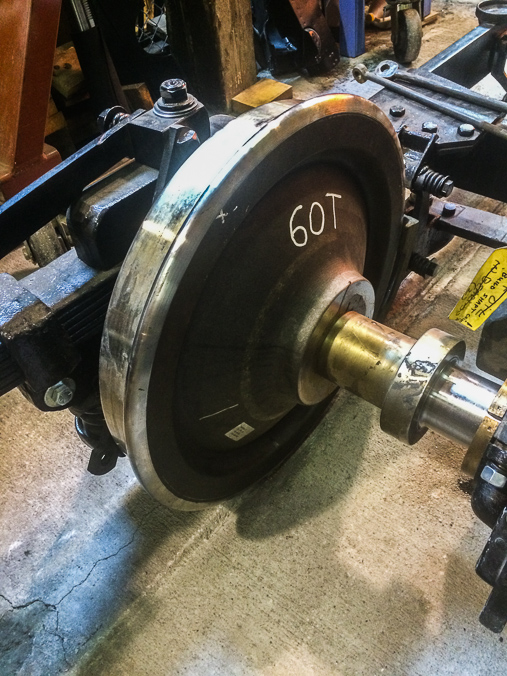 A close up of one of the Car 25 wheels. The motorman has a control that will drop sand onto the tracks in front of each wheel to assist in braking! 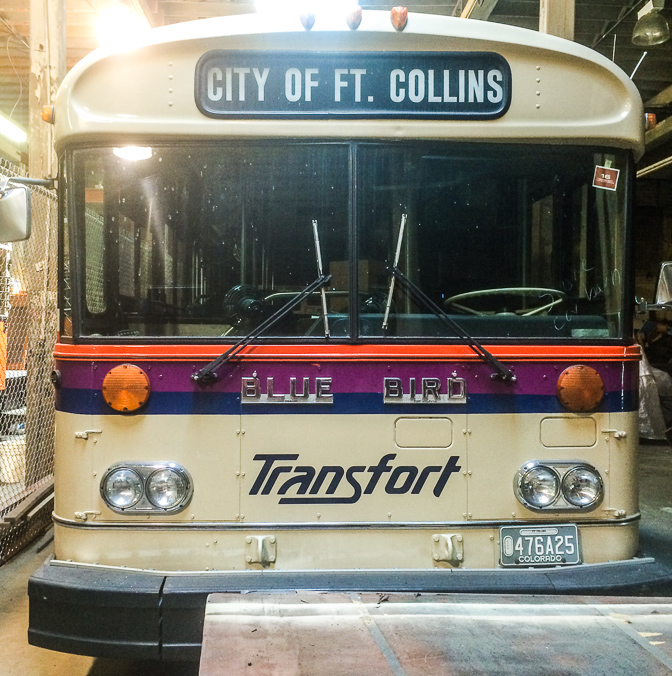 Other contents of the trolley barn garage included a recently-retired Transfort bus. There was talk of opening a transportation museum, and this is one of the "relics". Transfort does not operate any Blue Birds today (only Gilligs and NABIs, that I know of), so this find excited me! 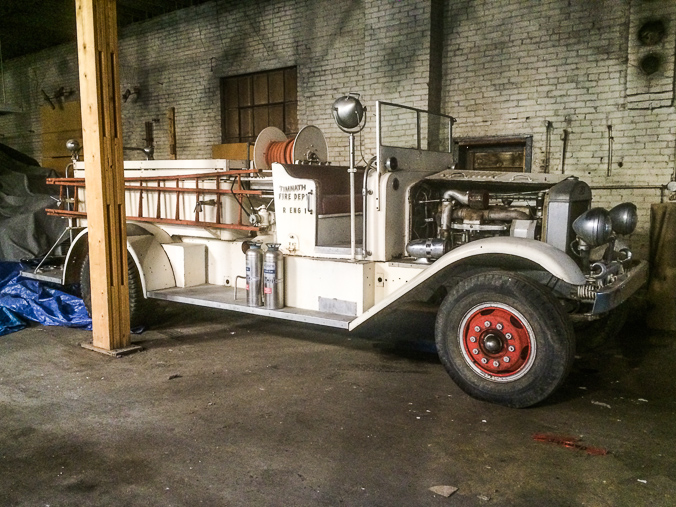 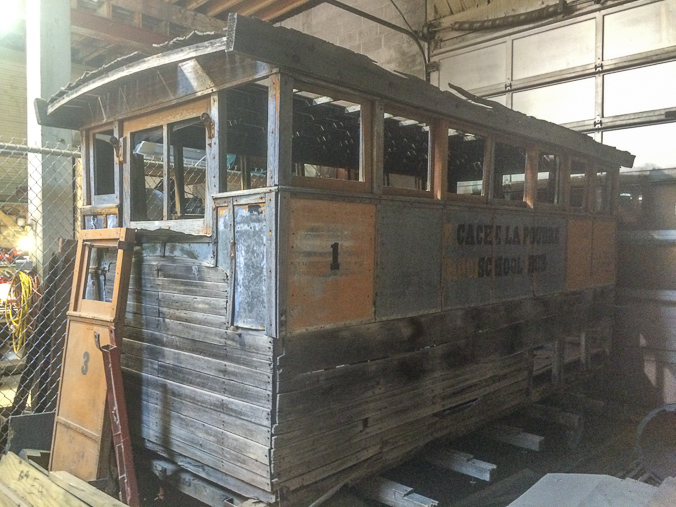 A historical omnibus (horse-drawn bus) in the Fort Collins Municipal Railway trolley barn! There is some doubt as two whether this was actually a school bus, but the side reads "Cache la Poudre School Bus." 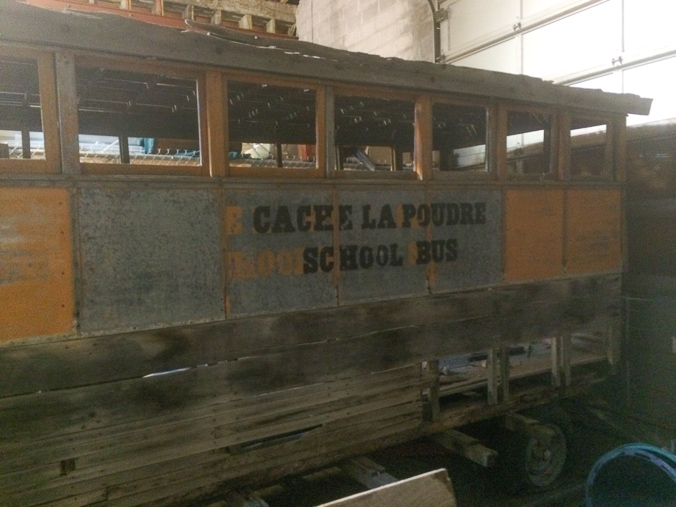 A side view of the "Cache la Poudre School Bus." 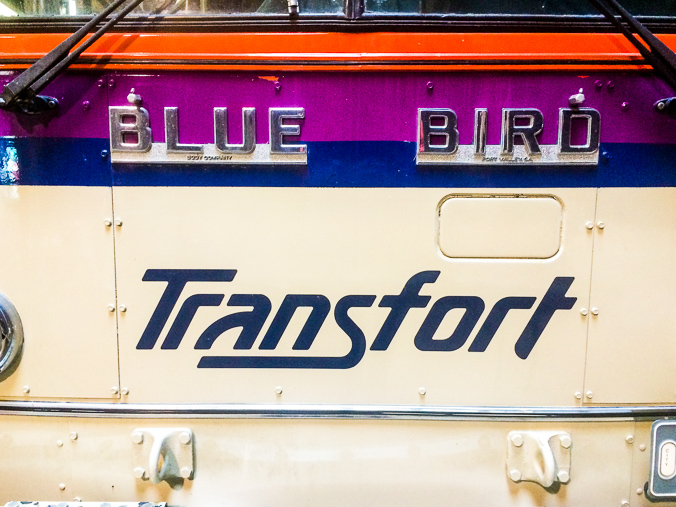 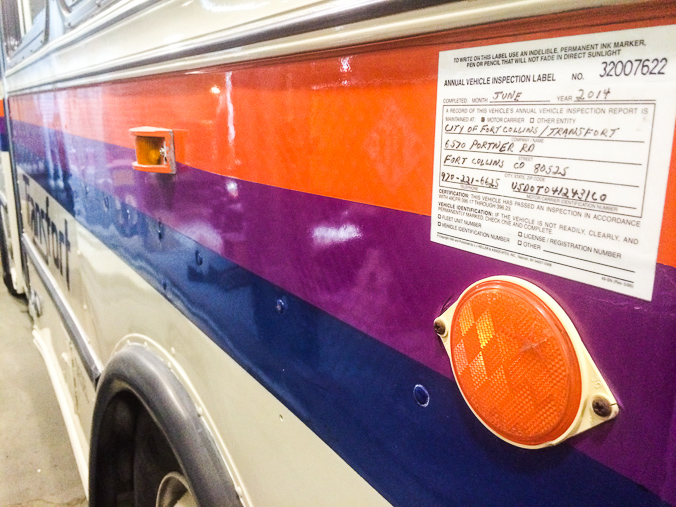 The Transfort bus was retired even more recently than I would have guessed; this label shows its annual inspection was last completed in June 2014. 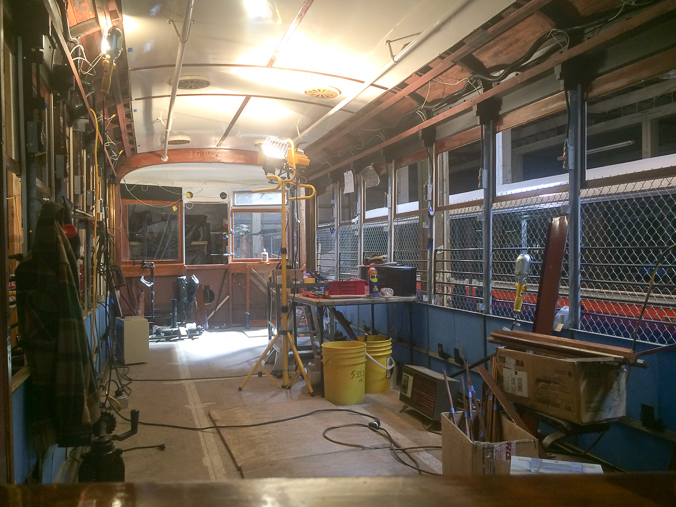 The interior of Car 25 during restoration. 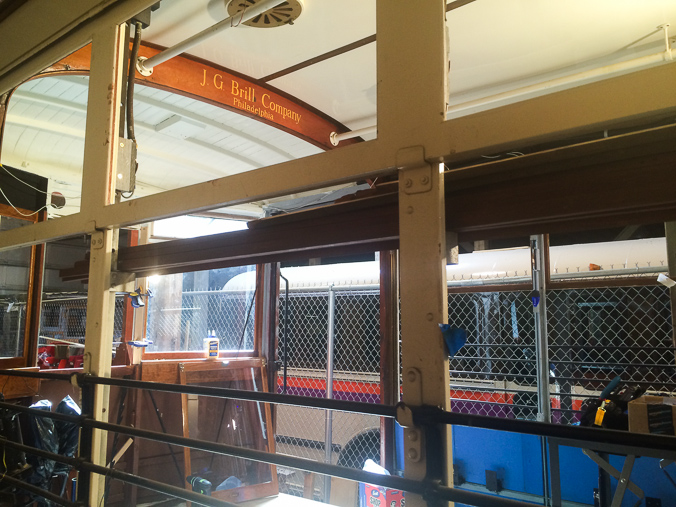 The ceiling of Car 25 is marked with its original manufacturer: J.G. Brill Company in Philadelphia. Brill stopped making transit vehicles in 1954.

I have loads more to learn about trolleys in Fort Collins! Let me know if you have any questions and I can likely find the answer from the knowledgeable people in the society. Hope to see you on the ride down Mountain Avenue this summer!