If you wanted to see pictures of all nine Transfort MAX buses, you are in luck! Please join me as we tour the fleet of North American Bus Industries vehicles. And no, I’m not the first person to practice bus spotting.

Aside: please raise your hand if you were also worried upon discovering the first verb in the first sentence on NABI’s Wikipedia page is in past tense. “NABI Bus, LLC (NABI) was a designer and producer of heavy-duty transit buses…” The NABI brand was discontinued in 2014 (the year the MAX opened) and its plants will now produce buses for its parent brand, New Flyer. I hope NABI spare parts were not also discontinued. 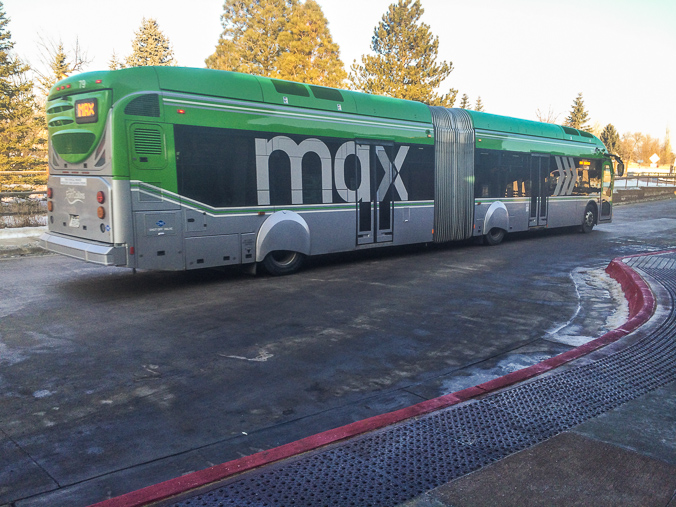 MAX 79 departing the South Transit Center. Bus 79 was my last bus to spot and I was getting anxious. Calmer pictures to follow! 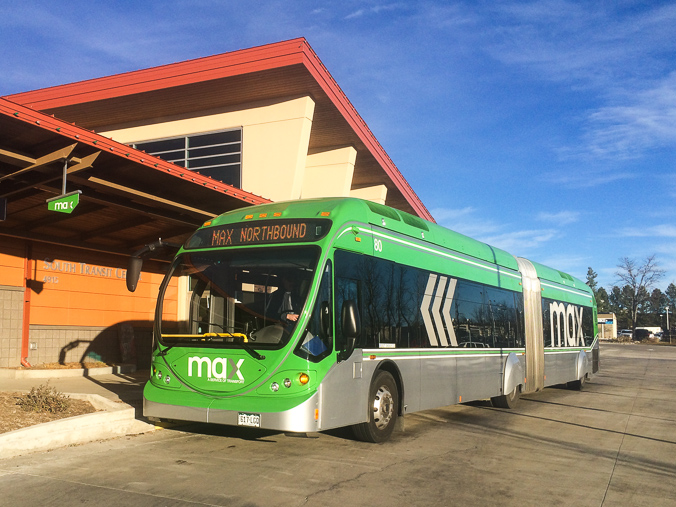 MAX 80 at the South Transit Center. This AM-sunlit platform would be clutch during my season of bus spotting. 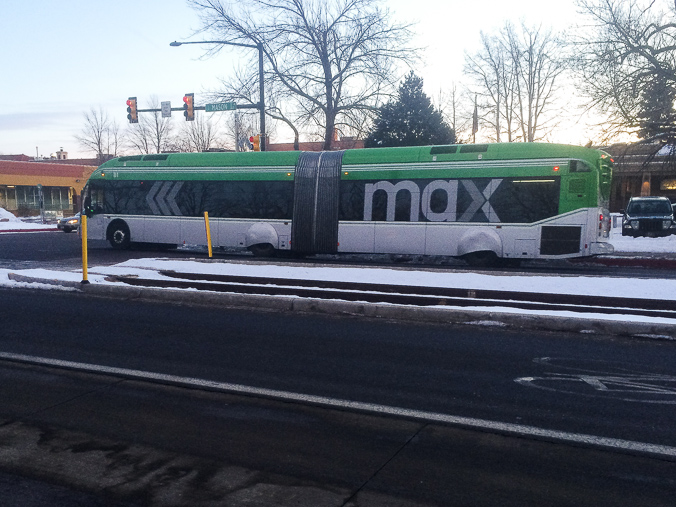 A northbound MAX 81 crossing Olive on Mason. Again, not a bus portrait studio, but necessary for completion. This intersection would serve me well in the future… 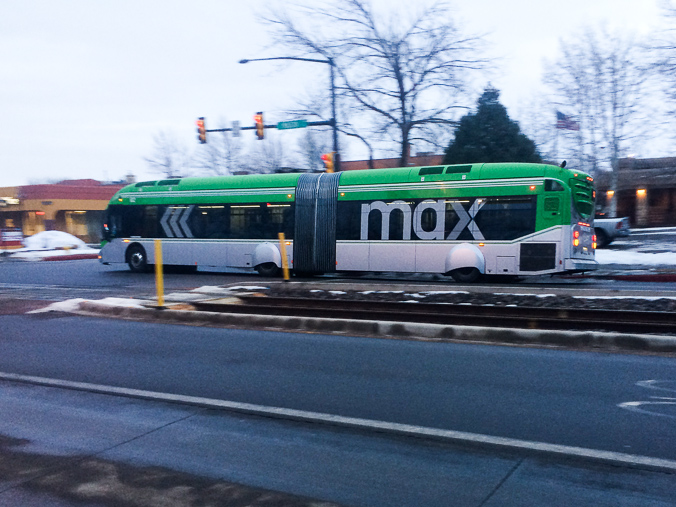 MAX 82, also northbound at Olive and Mason. I couldn't have produced this motion panning effect even if I tried! And I definitely didn't. (See MAX 81.) Let's say I was hoping to produce a neat "we're going places" effect for a Transfort promotional. 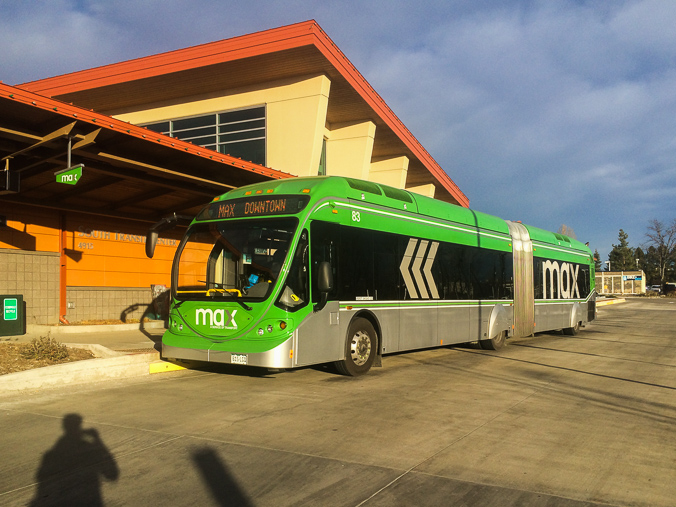 MAX 83 back at the sun-soaked South Transit Center. This is the only known photo of my shadow with a MAX bus. Except for the other three in this set I cropped it out of. 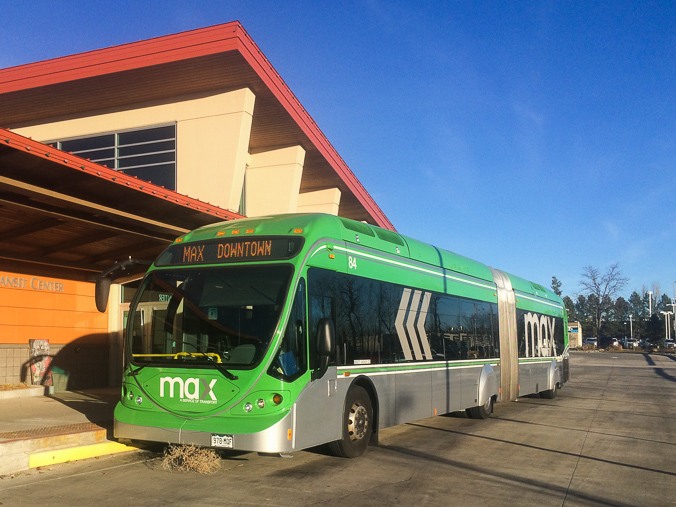 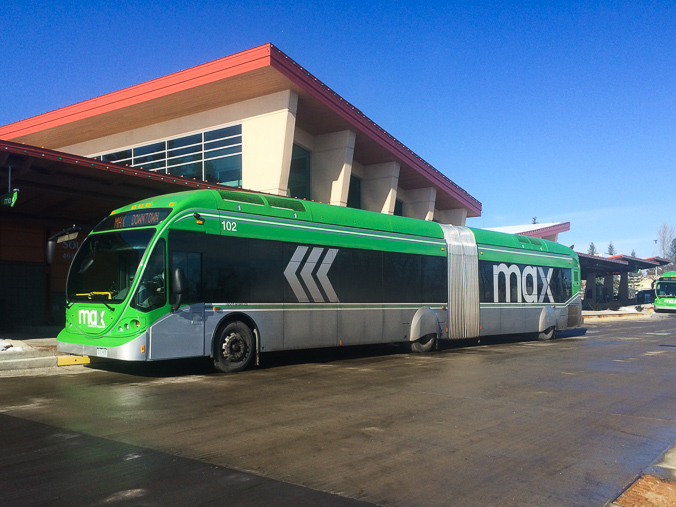 MAX 102 at the South Transit Center on a day where the snow tainted its usually-pristine livery. MAX 103 peeps in from the rear. Buses 102 and 103 were ordered after the other six, which explains the gap in the fleet numbers. 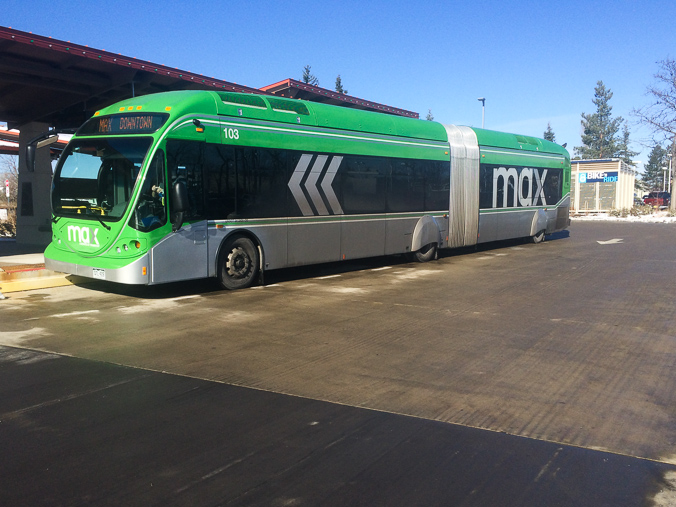 MAX 103 at the South Transit Center on the same sloppy morning. Doesn't that sky just look cold? Bus 103 is currently the highest-numbered in the Transfort fleet. 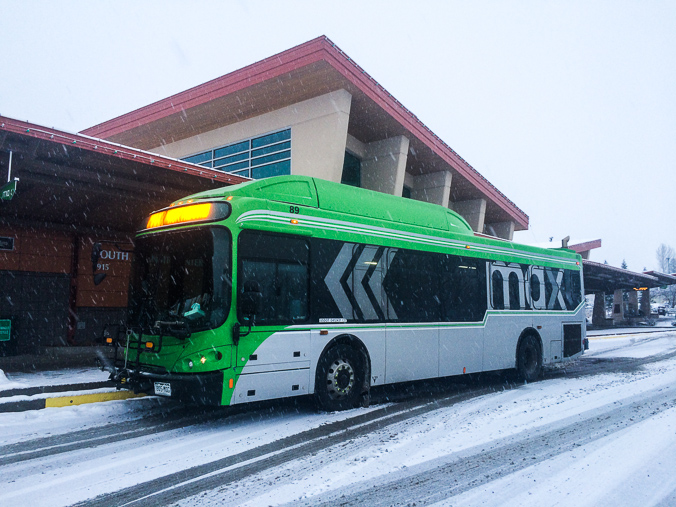 MAX 89 at the South Transit Center. Notice the lack of articulation? Because this is MiniMAX! The articulated buses are not run in the snow and this 40′ replacement is the only (that I know of) non-articulated bus with the MAX livery. It was an unexpected treat to watch the snow fall through a backwards "max" during this ride!

If you’re wondering what kind of idyllic bus world the image below is from, the answer is Adobe Lightroom. Doesn’t this better-than-real image make you want to go ride a bus?

I’ll see you there. 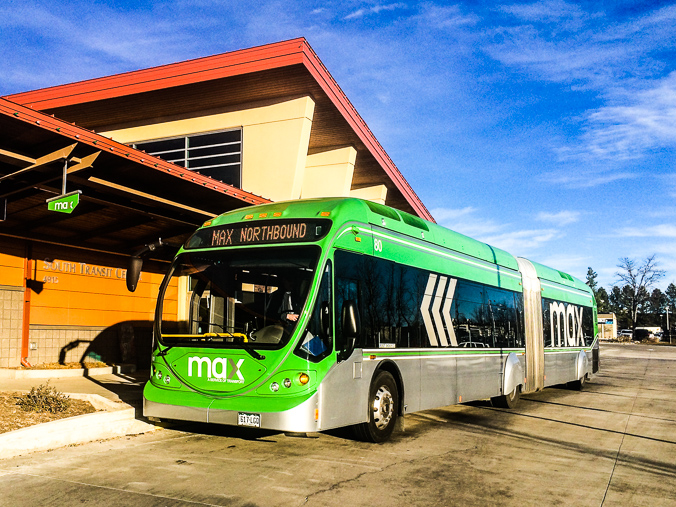