Since I detailed my New York City transit frequency visualization project last month, there have been a few updates. Check out the web tool to view the changes!

I’d still like to filter the express bus routes, provide finer-grained sorting by mode, and increase the dynamic nature of the tool in general. I’ve been working on an updated Ruby client to pair with the Transitland datastore, and have already updated my project source with the new interface. I’ve also begun dabbling with GTFS-realtime and plan to build a project with this specification soon.

We’re all #InTransit everyday and I hope to have many more updates soon!

What kind of things are you working on? Let me know in the comments below! 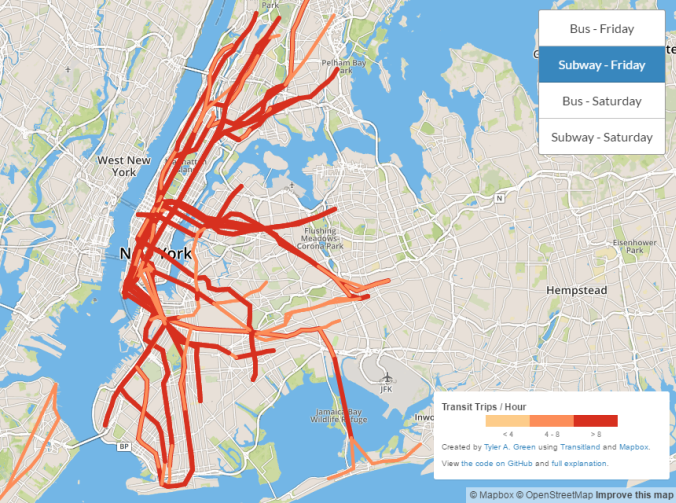 The frequency data for subway routes on a Friday morning in New York City. The darker the color, the higher the frequency!