Transit fans be warned: the Fort Collins streetcar is adorable. It’s no kitten, but Car 21 certainly takes you to an era bygone. I wanted to grab an evening post, tighten the top button on my overcoat, and ride into a romanticized time as I leaned against the rattan-backed seat. 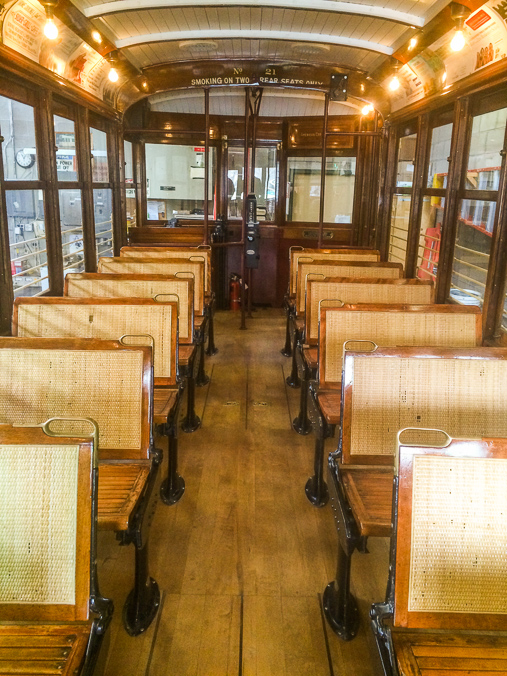 The interior of Car 21 in all its glory. Yes, the historically accurate ceiling tie reads "Smoking on Two Rear Seats Only". 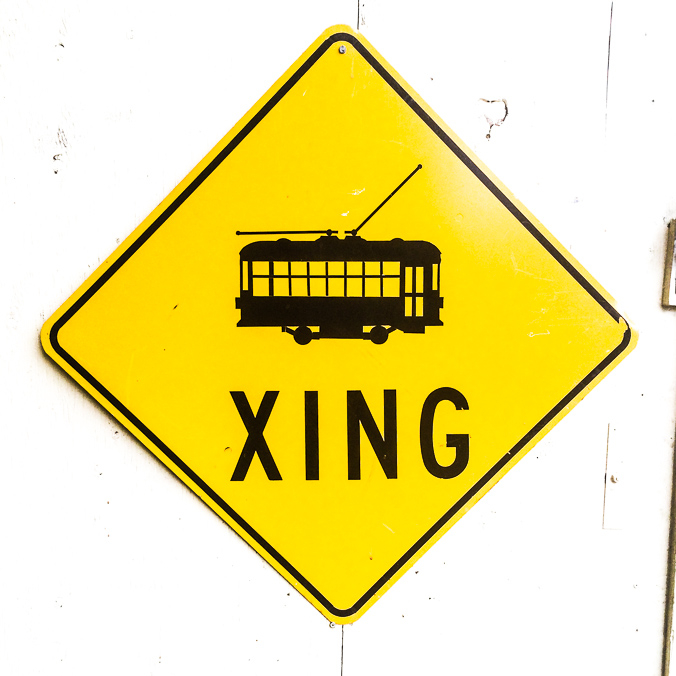 I'm a big fan of this sign inside the Fort Collins Municipal Railway trolley barn. The icon is quite accurate! The streetcar in this icon is traveling right to left. Doing the opposite would be called "back-poling" and is rightly frowned upon for fear of overhead wire disconnects. 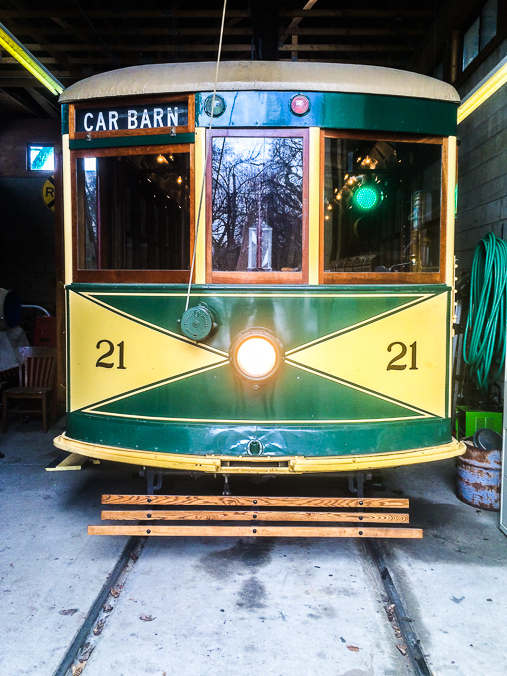 Car 21 ready to depart the trolley barn. The wooden slats on the front form a safety catcher. When an item trips this mechanism, another set of wooden bars behind it drop low to the tracks to catch the item on the track. As one motorman told me, "It's so you get beat to death rather than run over." Each end has a safety catcher, since we don’t turn the streetcar around. 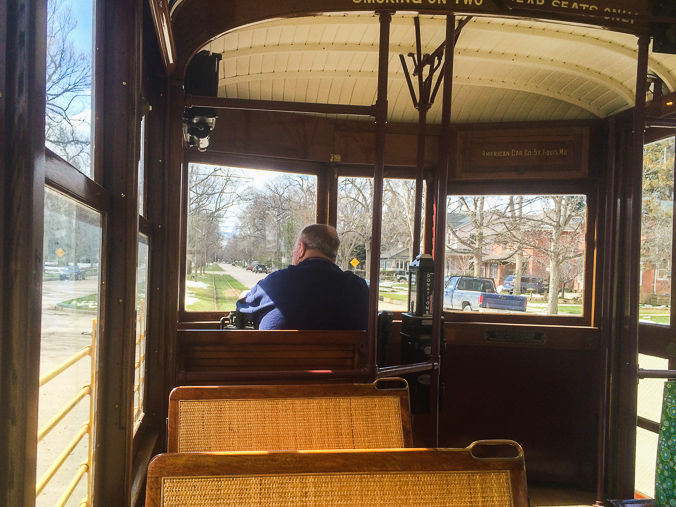 Car 21 in the barn is neat, but Car 21 driving down Mountain Avenue is neater! I remember being distracted while taking this photo by the compressor noisily working to reach 50 PSI. Air brakes, am I right? The handle on the top right of the seats is used to switch the seat back when the streetcar changes direction of travel.

A few of the interesting technical components:

Learning about the streetcar led me to pay more attention to the dates on the transit history art at the South Transit Center. Below is a depiction of streetcars at the intersection of Mountain and College. The wye-shaped interchange was famous among train buffs at the time and was known as the “Three-Way Meet”. I’m pretty sure there is another tile commemorating Fort Collins’ final streetcar in 1951, but my bus was early on this day and I prioritized not being stranded over trolley art coverage. I’ll look for it this week! 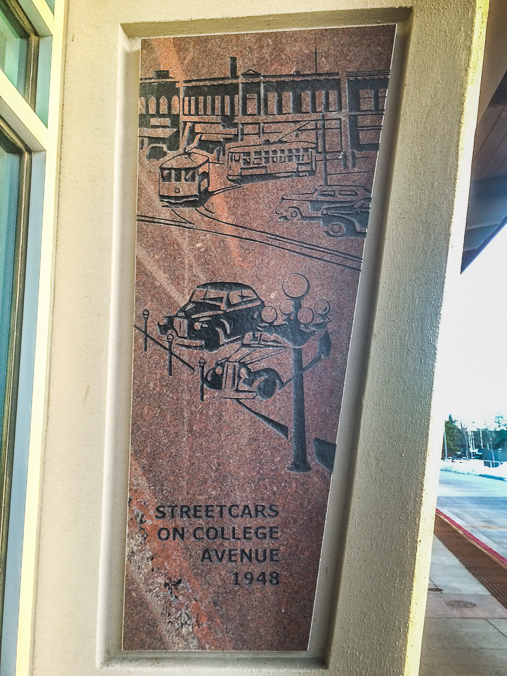