The overall process is quite smooth. Here are your six steps to a ride about the town.

That’s it! Keep reading for some photos of my experience and details on each component of the bike share.

As you can see in the screenshots below, there are several stations scattered throughout Old Town. The second image is a wider map view of Fort Collins, which shows the stations are very concentrated in a single part of town for now. I would expect the station coverage to expand if the program proves successful in the denser section of Fort Collins, following the roll-out model of Chicago’s Divvy bike share. 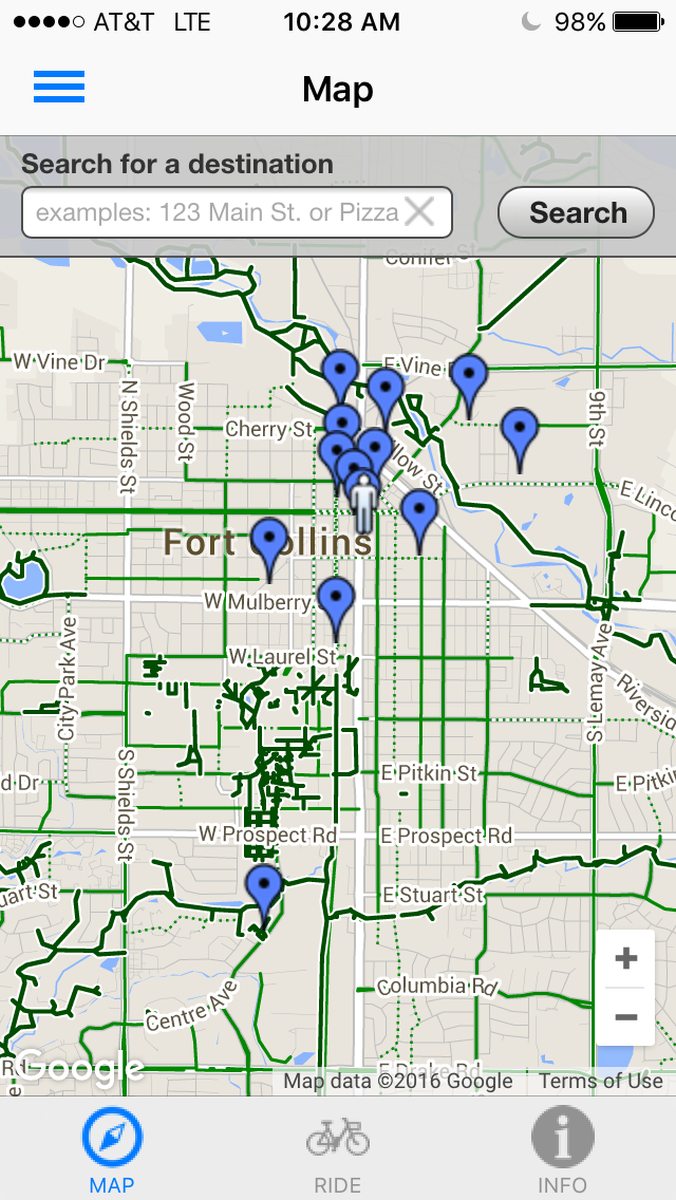 Bike share stations are concentrated main around Old Town Fort Collins at the system's launch on Friday, April 1st. But this is no joke! 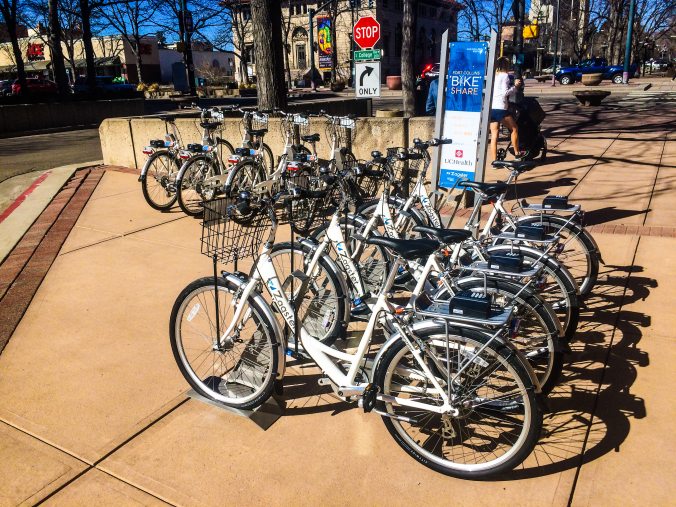 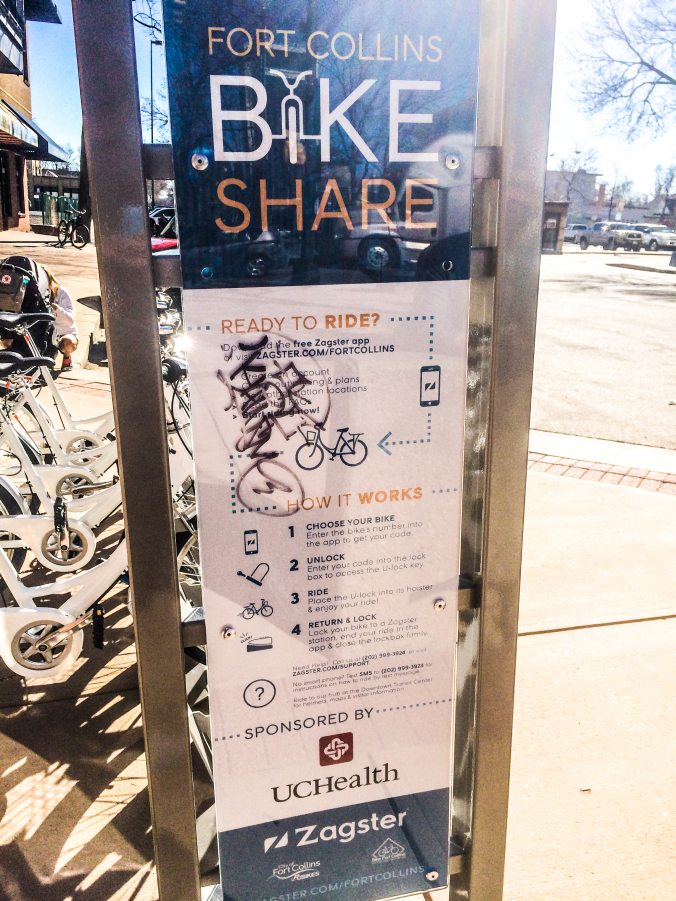 The instructions at the Oak and College station have already been "artistically modified."

The fee structure is as follows:

I’ve included some screenshots showing how you pick your payment plan in the Zagster app. I purchased the 24 hour membership for $7 and had the bike checked out for about 50 minutes, resulting in a $2 usage fee. 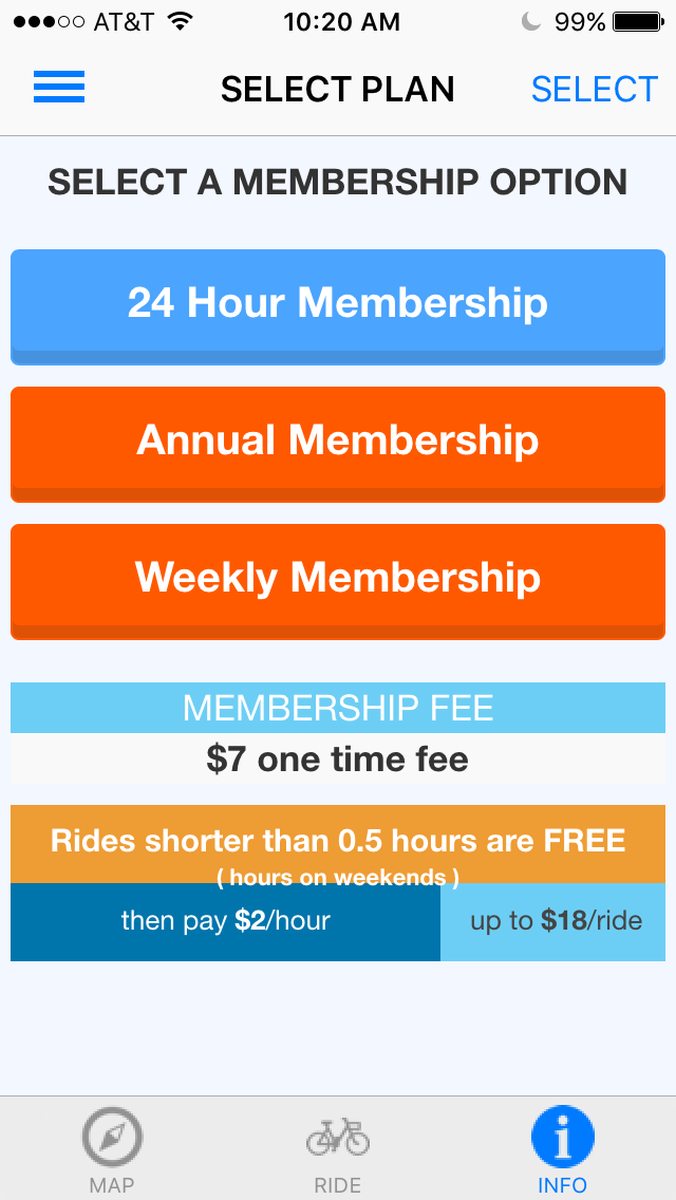 Screenshot of the Zapster app for the 24 hour membership. 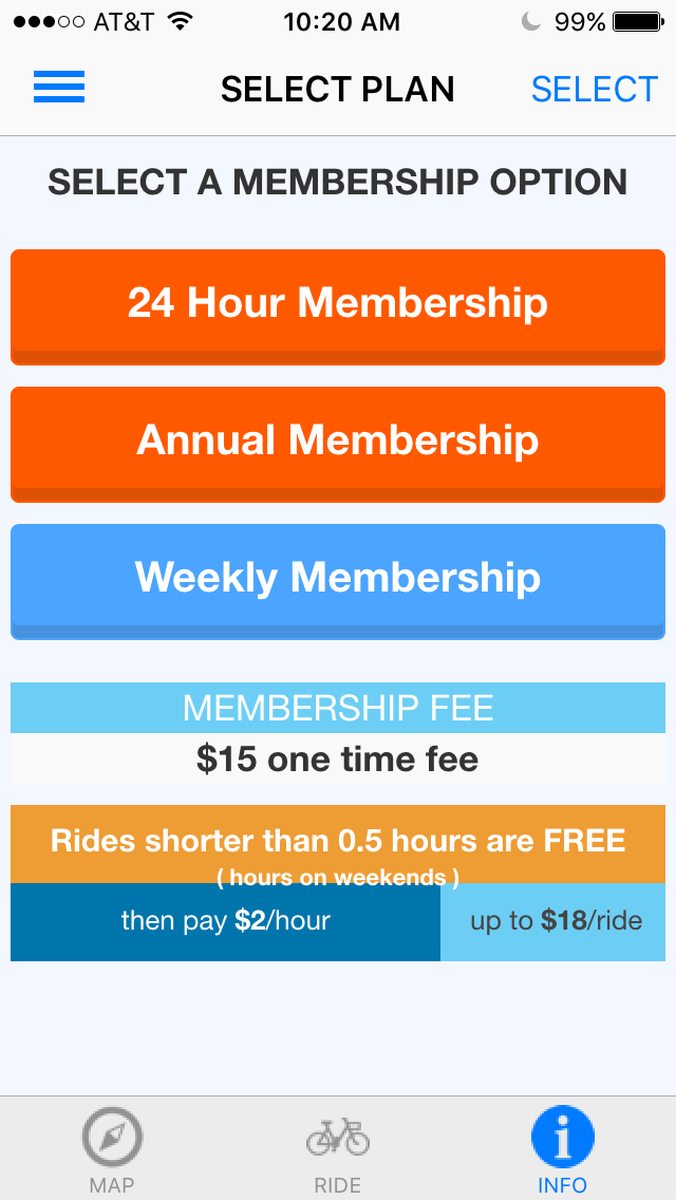 Screenshot of the Zapster app for the weekly membership. 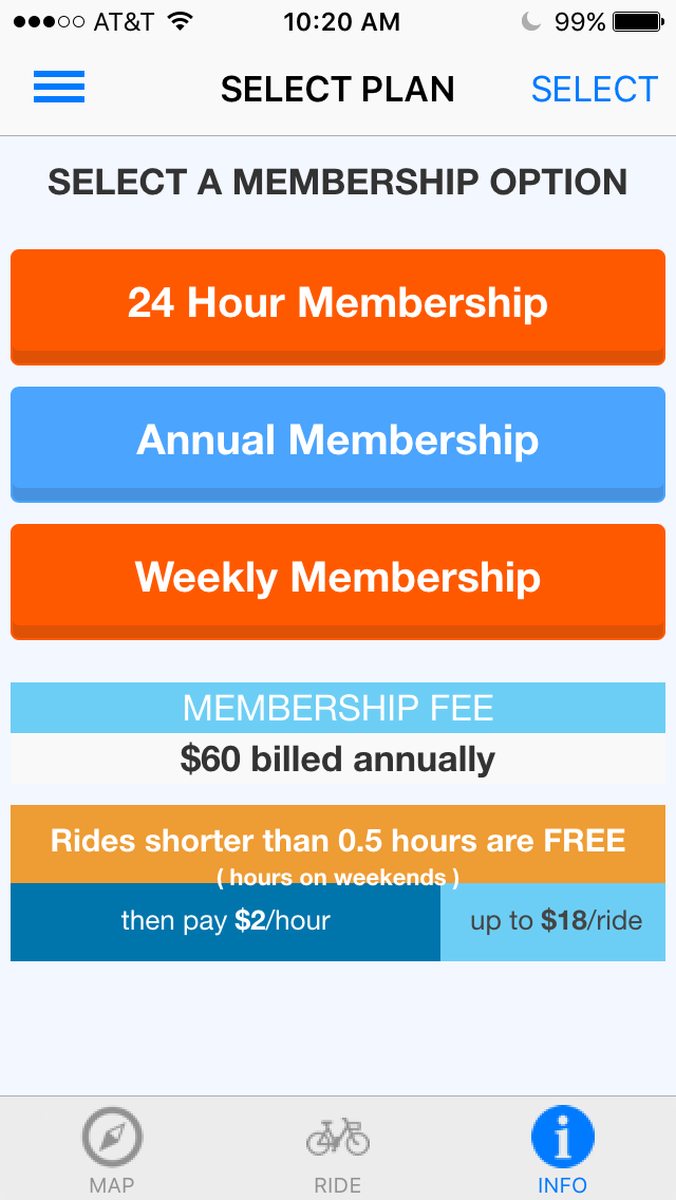 Screenshot of the Zapster app for the annual membership.

I could tell the bikes were very new (I was riding on their second day of operation) and mine had a great feel to it! It was a comfortable cruiser with 8 speeds controlled by a single dial on the right hand grip. I would have preferred one higher gear for cruising down Mountain Avenue, but the gear range is quite suitable for most urban biking trips, especially in a town as flat as Fort Collins.

Two codes are important when unlocking the bike. First, you enter the 4-digit code labeled “Zagster.com Bike #” into the app. This code is on the side of the keypad on the rack above the back tire. There is also a longer code on the other side that did not work. The app gave a me a bike not available error when I tried the longer one, so be sure to enter the correct code! After you do this, the app will give you a longer code which you enter on the bike keypad (sandwiched by two presses of the ENT(er) key). This will cause they keypad to open, revealing a key you can use the unlock the U-lock.

The bike even had a bell and basket in front! I saw another bike share user put the U-lock in a slot on the back rack so I did the same. It jiggled a bit while the bike was in motion, so I wonder if some rubber could be added to create a more peaceful ride.

I’m not quite sure what I did to relock the key box when I returned the bike. I locked the U-lock back up to the station, but could not get the key box to close. The sign on the bike says to re-enter your code if you can’t get the box to lock, and I did this and was eventually able to hear the box relock, but I don’t think it was because of me re-entering the code. If you understand the inputs and feedback of this system, please let me know! 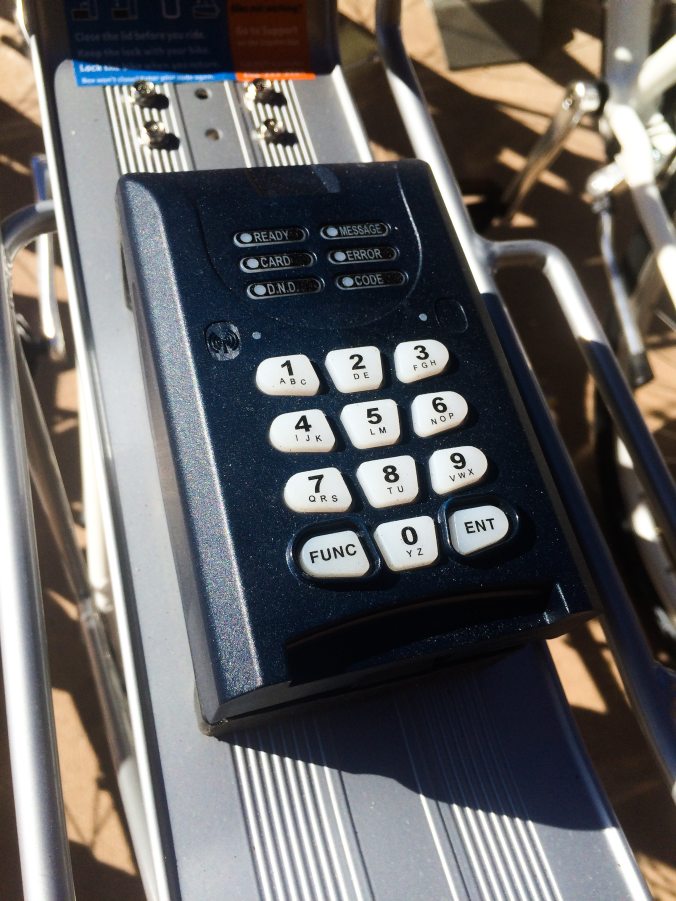 The keypad on the back rack of the bike. 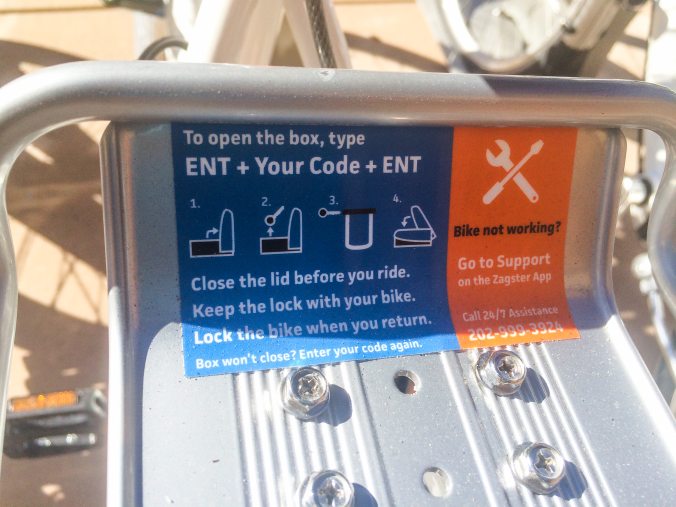 Instruction for using the keypad, also on the back rack of the bike.

A row of new Zagster bikes at the Oak and College station.

The 4-digit code you type into the app on the side of the keypad. 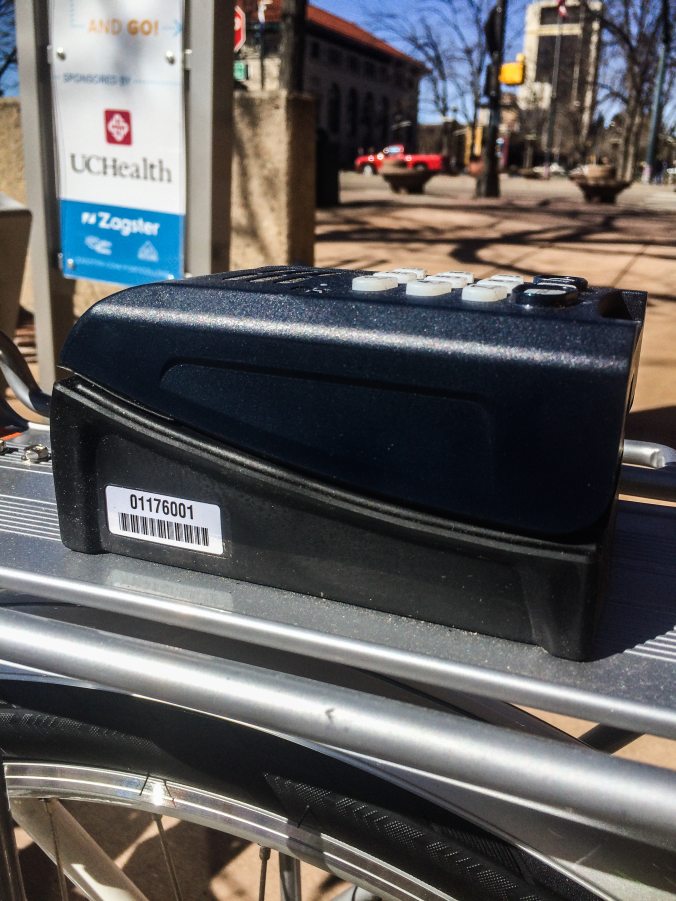 The 8-digit code you DO NOT type into the app. 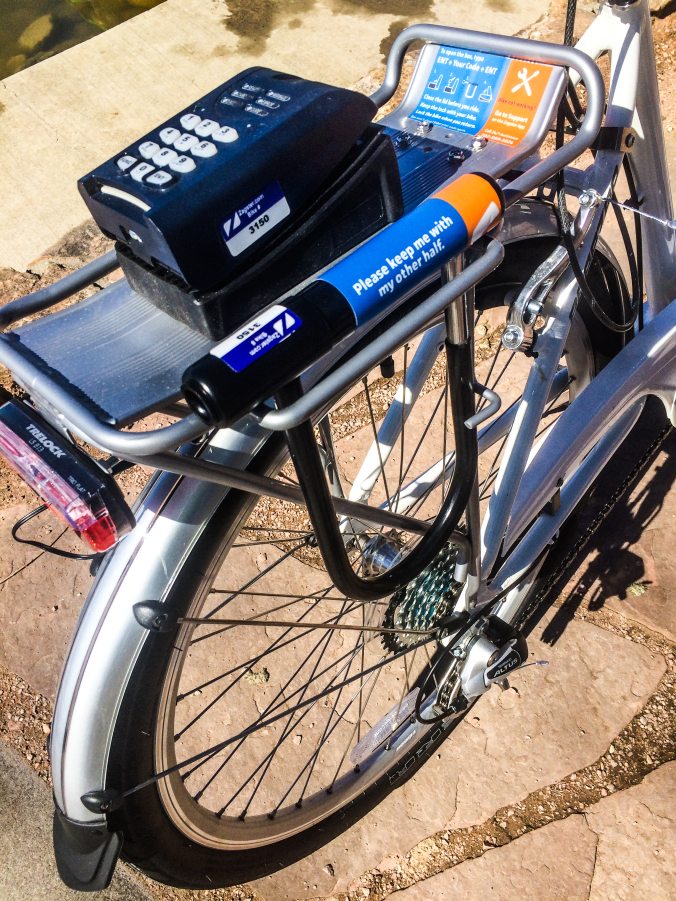 The slot which holds the U-lock while you ride.

I noticed two features that were missing from the app. First, it did not seem possible to begin a second reservation using the same phone. This would be a major hindrance to renting bikes for a family. I would hope there is actually a way to do this. Does anyone know if I just missed this feature?

Second, the app does not tell you how many bikes are available at each station. I know I did not miss this feature because the technology does not exist at the stations to track this. When I said “Return It!” it was my responsibility to lock the bike up to any station using the provided U-lock. Yes, I returned mine to the same station from which I checked it out, but this is not required, nor known to the app. Bike counts will not affect passerbys, but it could prevent someone from leaving home expecting to rent a bike that may not be at the closest station.

All in all, I was quite pleased with the new Fort Collins bike share! I had a lovely bike ride from Old Town to City Park and back on a comfortable bike. Visible bikes in Old Town are a great addition to an already strong biking culture in this city. I can see the system being very useful for visitors or even residents who came to Old Town without their bike but decide to go on a ride. Almost more than anything, we are seeing mobility options improve in Fort Collins and that should be celebrated!

I know I normally say this about other modes of transit, but until next time…

Have you had any good or bad experiences with the bike share? 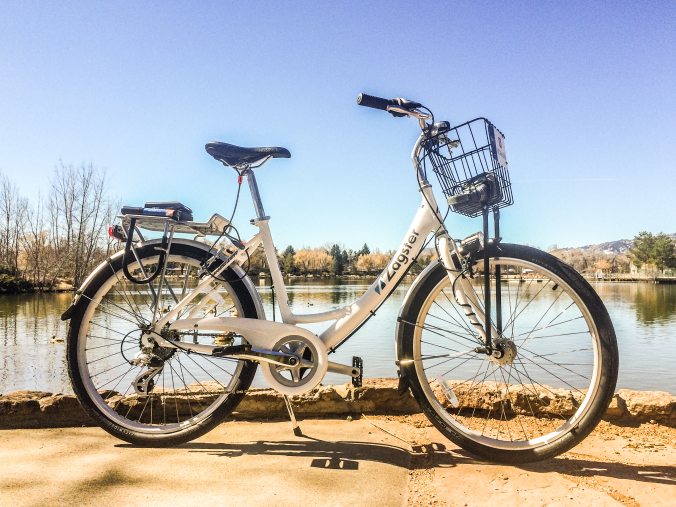 My Zagster bike at City Park Lake. The new bike share is a great improvement for mobility in Fort Collins!