Honolulu Is Where the HART Is

Rapid transit is coming to Hawaii! Construction has begun on an elevated Honolulu rapid transit system, operated by the Honolulu Authority for Rapid Transit. Residents and tourists alike will be able to traverse a 20-mile route in just 42 minutes.

I was fortunate enough to spend the holidays with my parents on the island of Oahu. One afternoon, I visited Waikiki Brewing Company and met Pomai, the man behind the popular Honolulu food blog, The Tasty Island. I was vaguely familiar with the HART project, but Pomai gave me a local tip on how to learn more. He spoke of an informational exhibit and diorama at Satellite City Hall in the Ala Moana Center, a popular Honolulu mall.

I eagerly took his suggestion! The next few photos show a model of the West Loch Station, which is near the western terminus of the route. 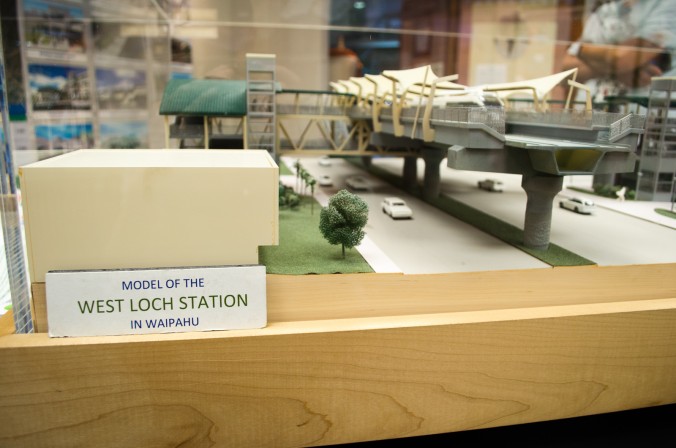 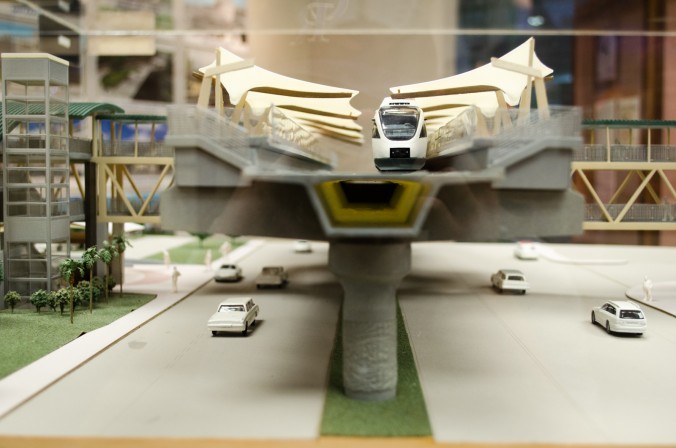 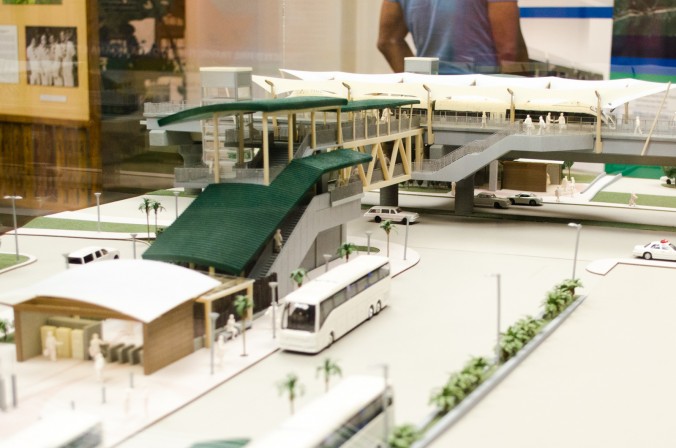 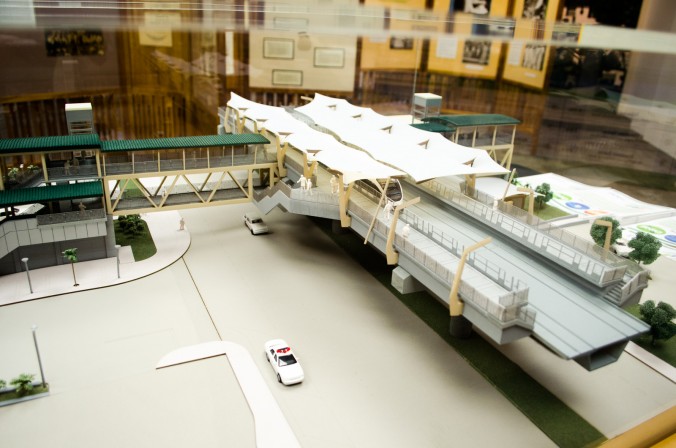 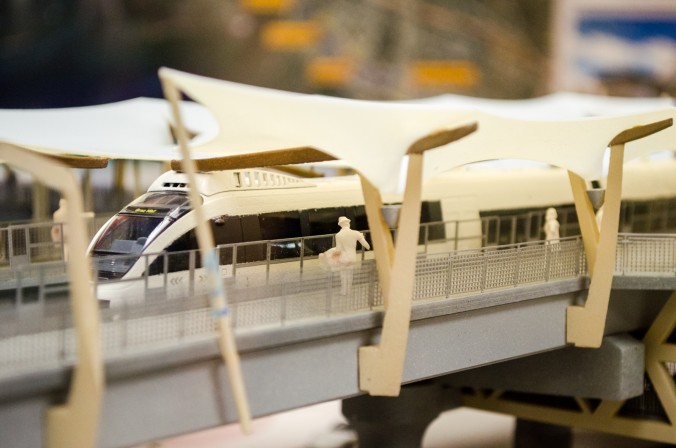 A few things stood out to me:

Pomai mentioned his main frustration was that the project will be steel-wheel-on-steel-rail instead of maglev. My initial reaction was that an urban rail would not benefit from the increased speeds offered by maglev trains (due to the short distances between stops), but I reasoned that maglav would likely offer greater reliability. Fewer moving parts => fewer maintenance issues! Upon reading more, it sounds like this decision was made when applying for the federal Full Funding Grant Agreement, rather than being a recent budget cut. You can read about this and a few other myths on the official HART Mythbusters page. This decision didn’t bother me as I’d never even considered using maglev technology on an intra-city system. Let me know if there are any examples out there!

The following photos are some of the infographics that were on display. 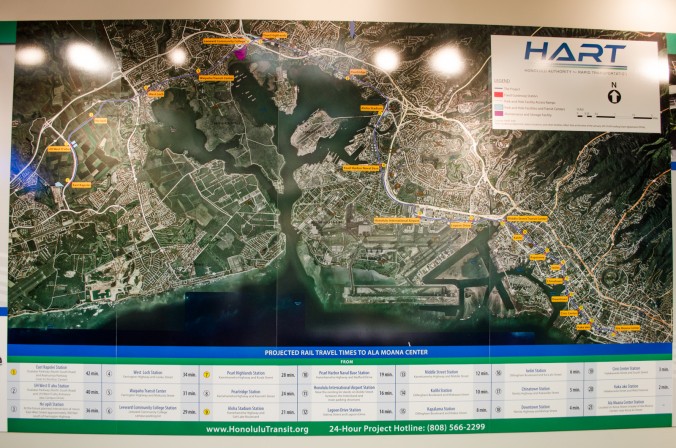 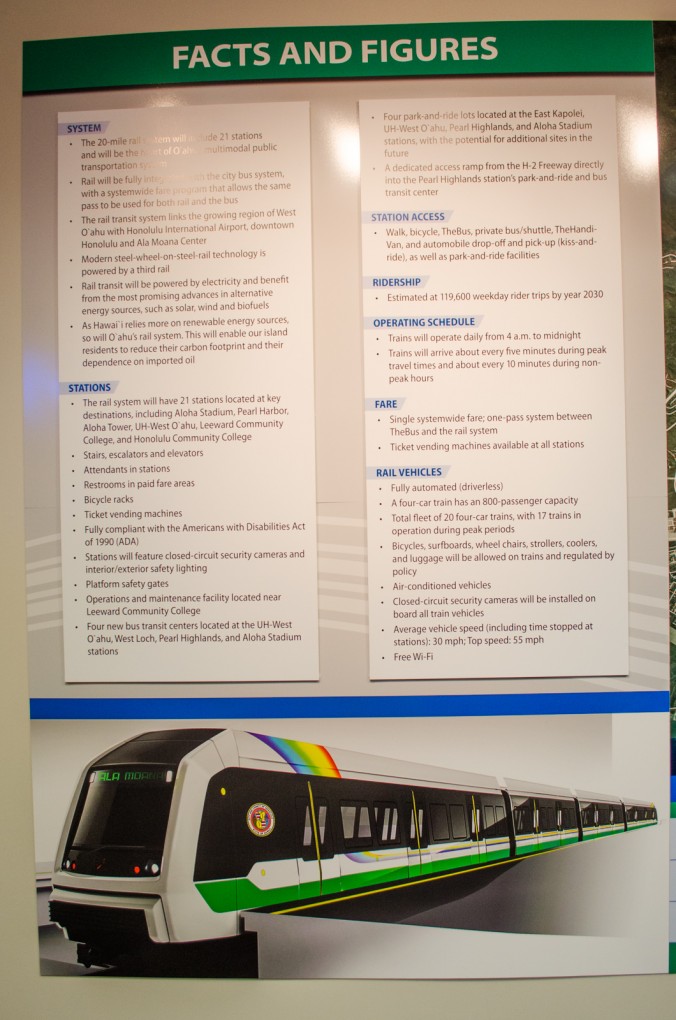 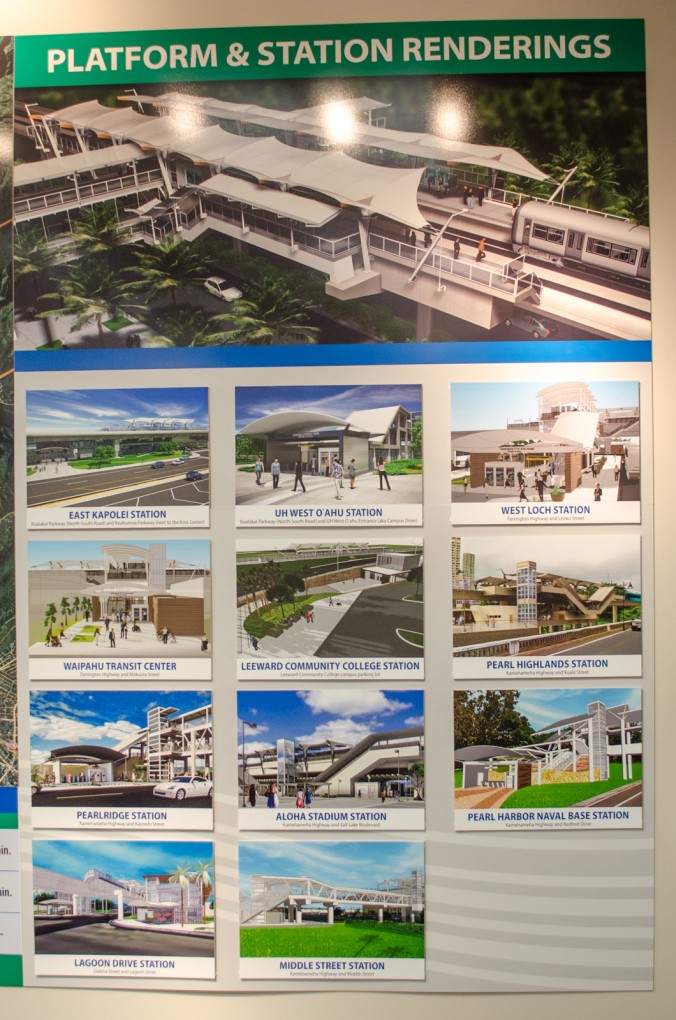 I’m excited to ride HART during a future trip to Honolulu! It will complement the existing bus system, TheBus. I spent a not-insignificant part of the week on the 2, 19, and 42 bus routes. The service got me to where I needed to go (and I enjoyed it…), but trips to Aloha Stadium and Pearl Harbor, in particular, will GREATLY benefit from the rail connection. For example, Pearl Harbor to the Ala Moana Center took me 52 minutes on the 42 bus, but will take just 19 minutes via HART. As Honolulu is ranked as the 3rd worst city in the United States for traffic congestion, heavy rail can’t come soon enough! 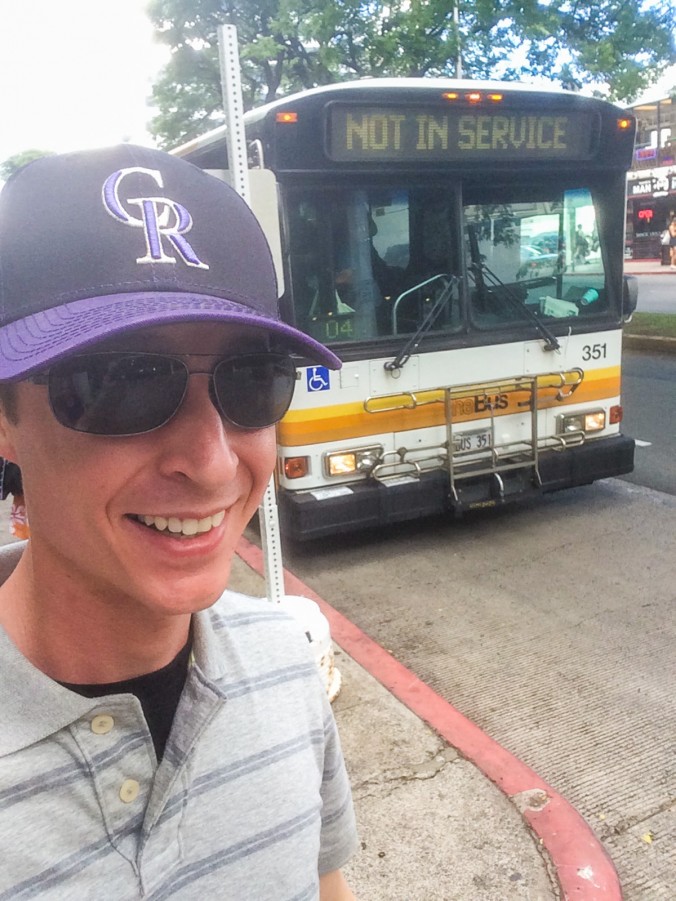 This bus was NOT IN SERVICE, but will always be IN MY HEART.